Lyndon Scaffolding has  just been awarded a temporary roof contract with BAM Construct UK on the iconic King’s Cross ‘Fish & Coals’ Building, for the Jamie Oliver Group, with Developer Argent.

“This is a challenging roofbecause of the number of different heights along the building and the curve of the building along the canalside. We’re looking forward to another challenging London-based scaffolding job for top clients. We’re due to start the roof in March, although we are carrying out enabling works on site already.”

The Lyndon site management staff will be:

The buildings, which follow the curve of the canal, are being restored and will be used by the Jamie Oliver Group as offices and studios with restaurants at street level. A new elevated park – the Viaduct – similar to the Highline in New York will run along the front of the building connecting Granary Square and Gasholder Park.

The canalside Fish and Coal buildings were built as offices in 1851 as part of Lewis Cubitt’s design for the Goods Yard. The offices housed clerks employed to monitor the flow of freight through the yards. Additional blocks were added in the early 1860s. In the 1980s, the buildings were gutted in a fire. The floors and roofs have since been rebuilt.

More info on the Fish & Coals’ Building can be found here. 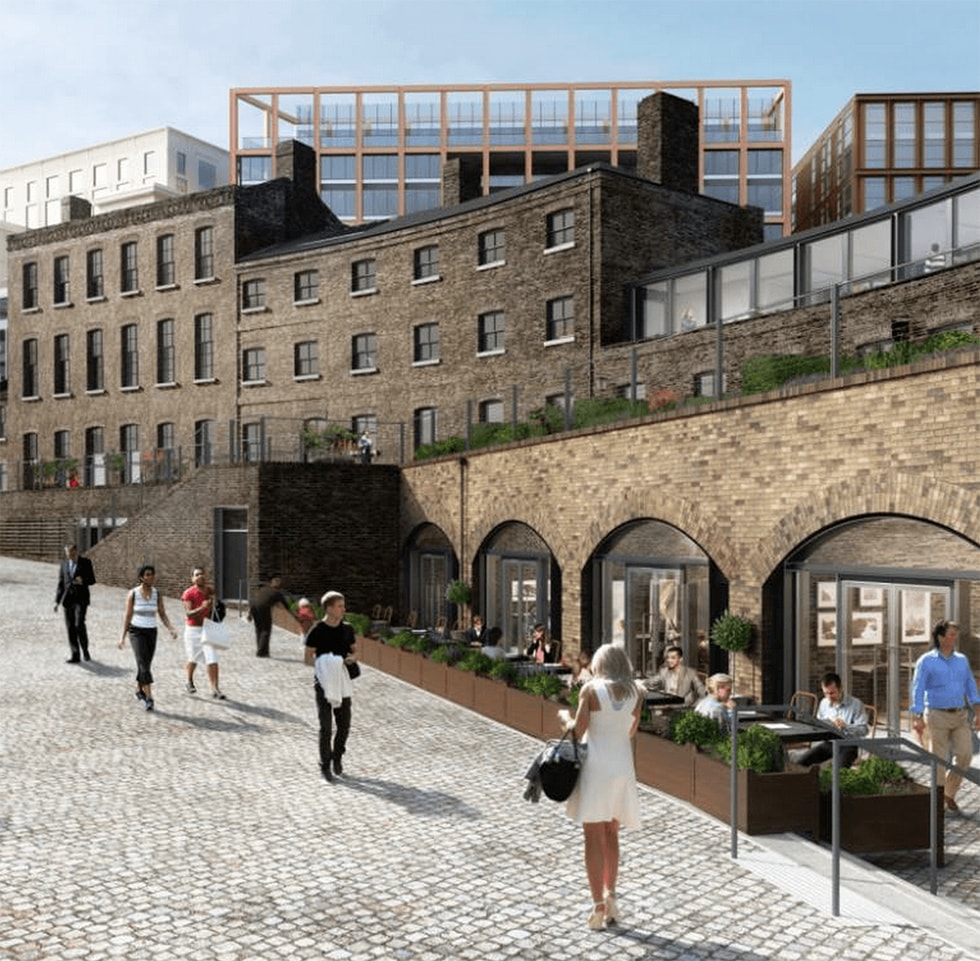