Lyndon SGB Contracts Manager, Gary Miller, said: “This highly complex job – designed in-house by us – has been a very tricky build because of in-shots all around the building and step-ins at higher levels along the balcony access, as well as very limited access at the rear of each block. We have had to design and erect special extensions to the Mastclimbers™ so the client could reach all areas of the building for the re-cladding.

“The job has been erected for a while now and it all went very smoothly, considering how technical and tricky it was for access. And after a number of delays due to COVID, we have managed to get the project back on track for Vinci. As such, the client is delighted with the Mastclimbers™ provision and our team on-site: the feedback we get each week is very positive indeed. We have built a really great relationship with the client over the past 18 months, through design and erection which has helped get the large-scale re-cladding project on track and completed safely for Vinci.” 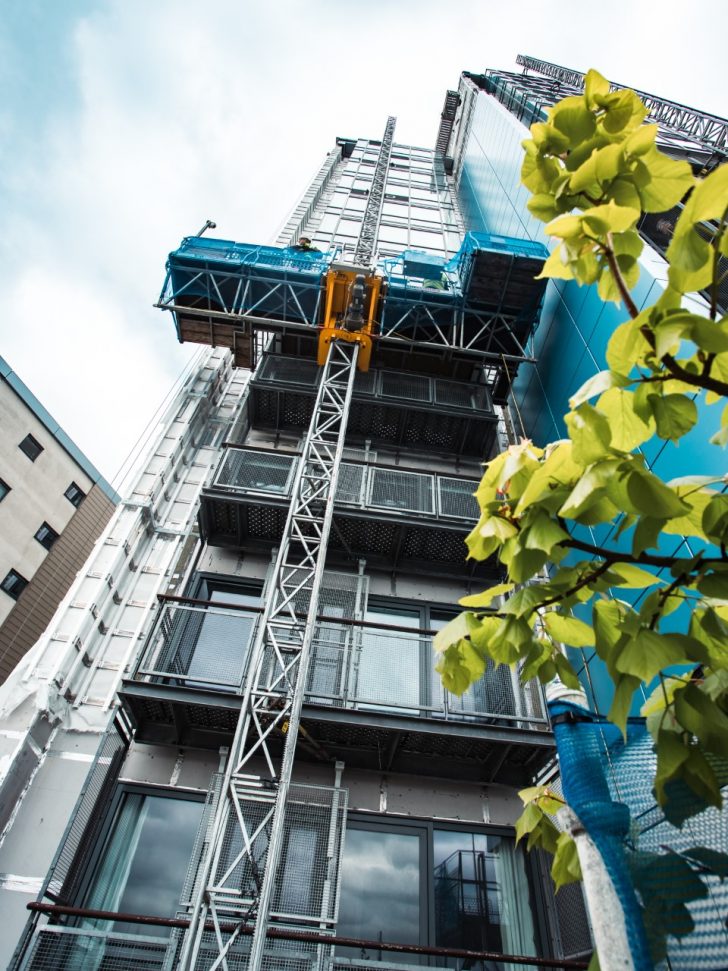 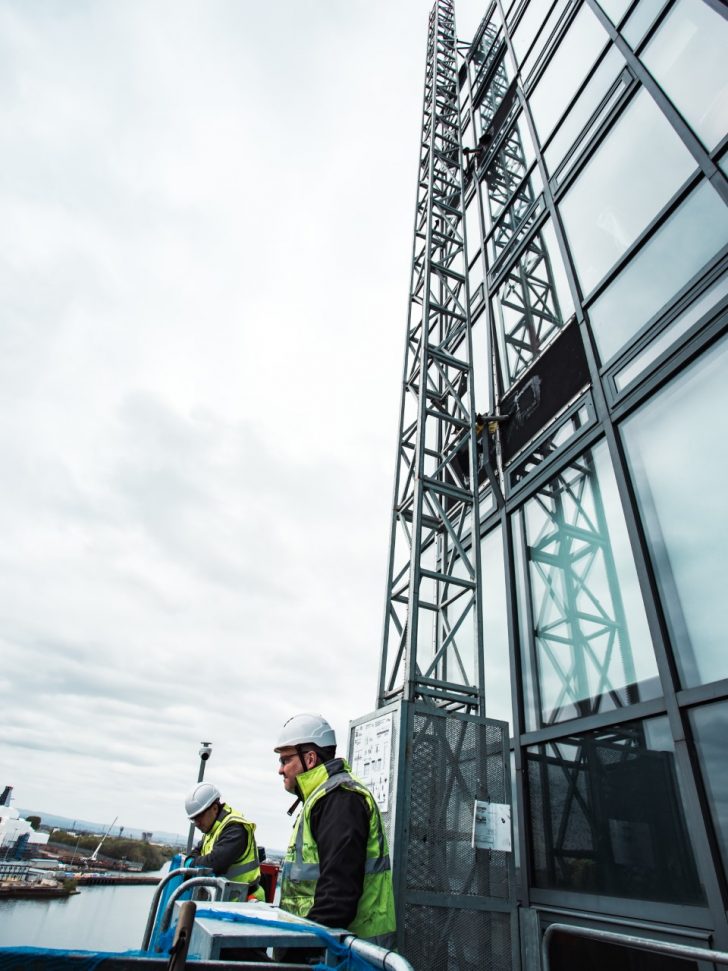 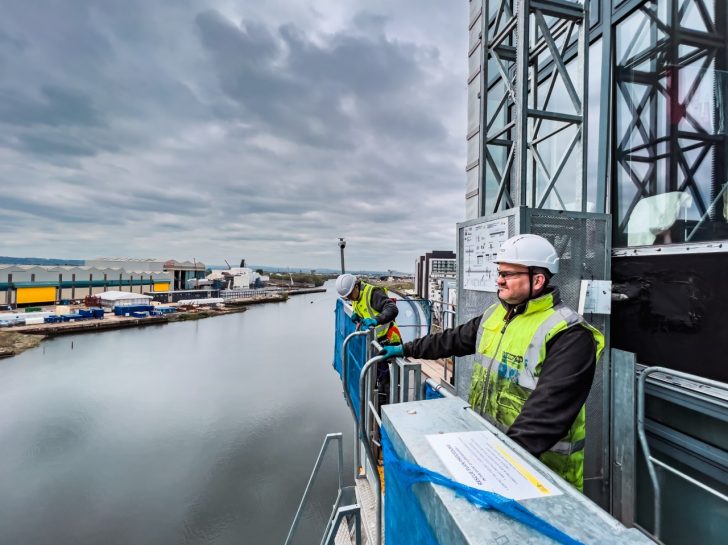 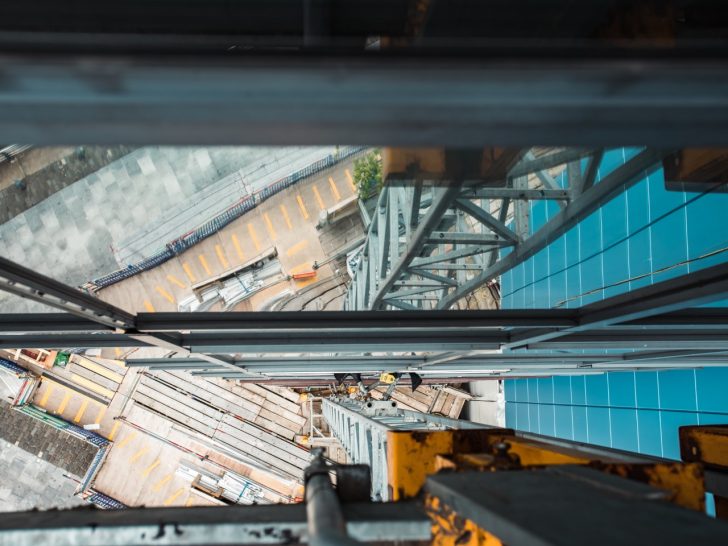 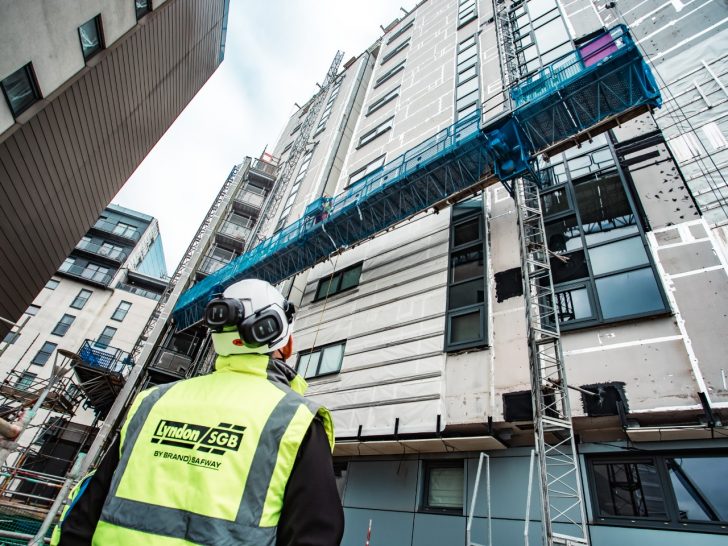 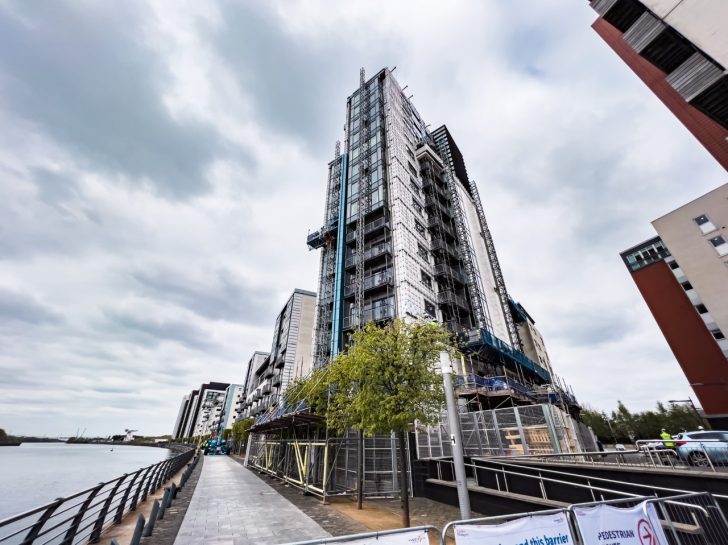 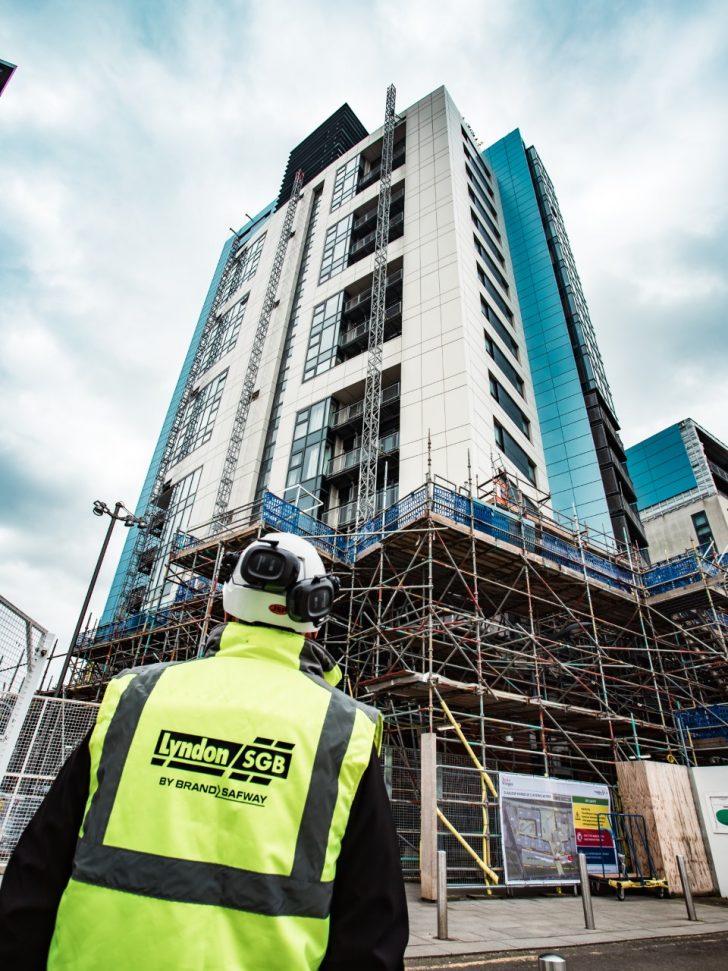