Our scaffolding has been on TV! Well, sort of…inside the MTV​ Studios in London anyhow 😉

We’ve been working on a job with principal contractor, Morgan Sindall, installing a protection birdcage over the Main Control Room (MCR) for soffit and service removal.

“This was a particular challenge as this control room is “live” 24 hours a day, 365 days a year and broadcasts all of MTV’s television channels across Europe. As a result, extra care had to be taken to create zero dust – so new untreated fittings, new steel tube and plastic wraps were used around the scaffold boards. And to show how careful we had to be installing the birdcage, in some of the images, knocking just one of those cables out would have taken MTV off-air!” 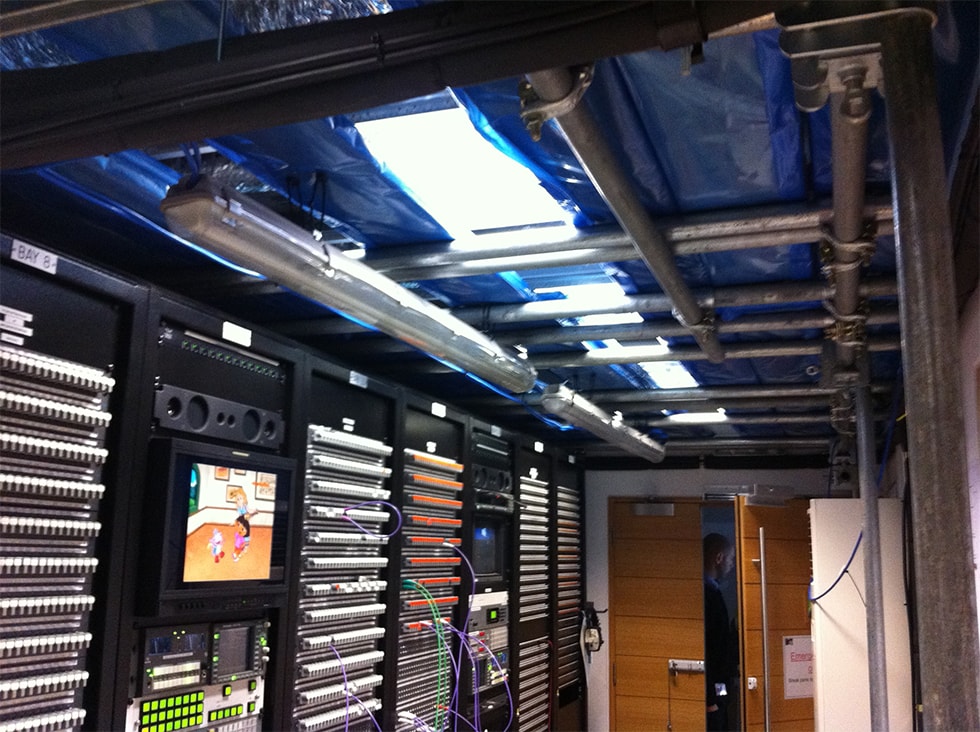