Safety is our no.1 core concern in every scaffolding and access job we do at Lyndon Scaffolding – so it’s always good when the safe work of our operatives gets recognised with a safety award, or even two!

Chris Kirkman was awarded “Don’t Walk By” Champion in April when he discovered a potential hazard and removed it immediately.

And Chris Higgins was awarded “Operative of the Month” in August when he discovered an unsafe area which he immediately blocked off and then made safe.

“We’re always trying to achieve as safe a working environment as possible, for our operatives, other construction workers and of course the public…so it’s great two of our lads have been recognised for this, by a big contractor like Carllion, who set very high standards themselves, and on such a prestigious job.”

Both Chris’ were awarded a £50 voucher each by Carillion, which was matched with a £50 bonus each in their wages by us.

Safety first for Lyndon Scaffolding! Good on you lads! 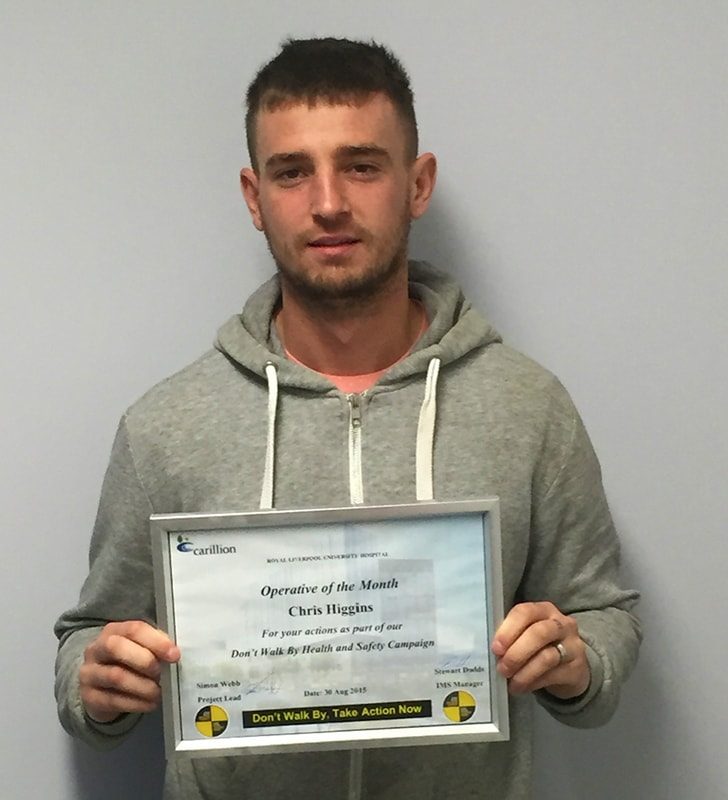 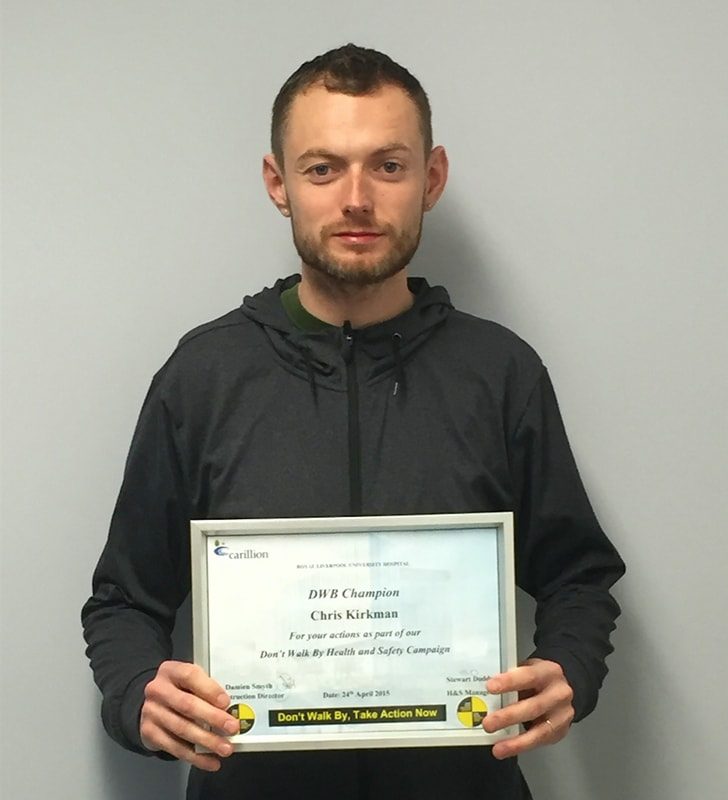