And Lyndon SGB teams from the North West also celebrated – as the #OurTownHall project for Lendlease and Manchester City Council was crowned runner-up in the Project of the Year (Turnover £5m+) category, whilst young scaffolder, Mark Davies won runner-up for Apprentice of the Year.

Commenting on his President’s Award, Lyndon SGB mental health guru, Ian Hines said: “It’s fantastic to be able to get our mental health mission the coverage it warrants on such a big stage as the NASC Awards – in front of the best in the scaffolding business. I am truly honoured to have won this President’s Award, up against some really great people who really deserved recognition.

“I would like to say a big thanks to Matt Hartill for all he’s done and is doing working alongside me to buck the trend of mental illness in our industry, to our boss, Stuart Robinson for supporting all of our aims so whole-heartedly from the top and really understanding what we do makes a difference, and for SHEQ Director Mark Collinson, who’s been a brilliant source of support for me and Matt and our mental health matters work. I would also like to thank Simon Robinson of the NASC for his support and the work he does in the background pushing for funding for mental health.

“My proudest moment has been helping set up and training a community group in the East end of London on behalf of Balfour Beatty. They now run their own mental health drop-in clinic and support group there that to use their words ‘has saved many lives’ – which is what it’s all about. And it can’t be ignored that the success of our Lyndon SGB mental health network has been fortified by the buy-in from senior management all taking time to do the course.”

Lyndon SGB, Managing Director, Stuart Robinson, said: “Wow…! What a win for Ian. The work he is doing on mental health defines going above and beyond. And to be recognised by his peers in our scaffolding and access industry is just fantastic – and very well deserved. A lot of Ian’s work is unseen, but I definitely see the positive feedback from clients and individuals alike – and now from the NASC; the trade body for our sector. Brilliant stuff.

“I firmly believe Ian’s award is in deep recognition for the attitude not just Ian and his team here at Lyndon SGB have taken, but how our sector has approached the issue of mental health. Hopefully we now work in a world where positive mental health is taken seriously and supported by all of us.

“Very well done as well to Mark Davies on his apprenticeship runners-up award. He was definitely our favourite to win – but I’m hugely impressed with his attitude towards not winning too. His time will come… I have no doubt. Everyone was impressed by his pride in following in his grandfather’s footsteps – he took time to show me his grandfather’s scaffolding photos, even highlighted the lack of health and safety standards back in the early 70’s! He has a huge career ahead of him, and he’s already declared he’s after my job, so I had better watch out!”

Speaking about his Apprentice of the Year runner-up NASC Award, Lyndon SGB scaffolder, Mark Davies said: “It’s bitter sweet to not get the top spot, but it’s an honour to be nominated and the apprentice journey with Lyndon SGB has been mega – I’ve enjoyed every second of it! I can’t wait to progress with my career.”

Talking about the #OurTownHall Project of the Year runner-up award, MD Stuart Robinson added: “Without doubt the Manchester Town Hall project is our current ‘signature project’ – and will be for another two years. So I guess we will have two more bites at the cherry to come! The team in Manchester know how lucky they are to be engaged on such a scheme with Manchester City Council and Lendlease. And I know the pride they have in this project goes way beyond the scaffolding and hoist access works we are engaged in. There is no way that are going to settle for a runners up award, as great as that is! Next year…”

Finally, Lyndon SGB SHEQ Director, Mark Collinson added: “I’m always immensely proud of our teams and it was fantastic to see their contributions being recognised at the NASC awards.”

A full list of 2021 NASC Awards winners can be found at: https://nasc.org.uk/information/nasc-ball-awards/ 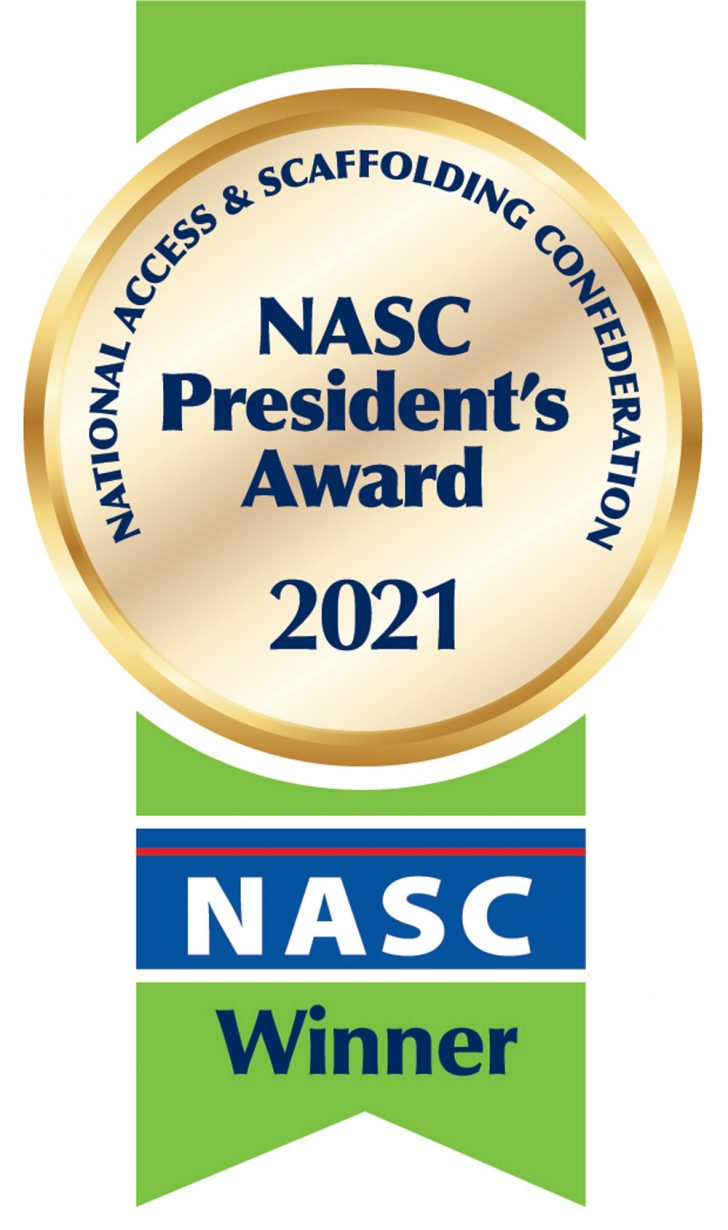 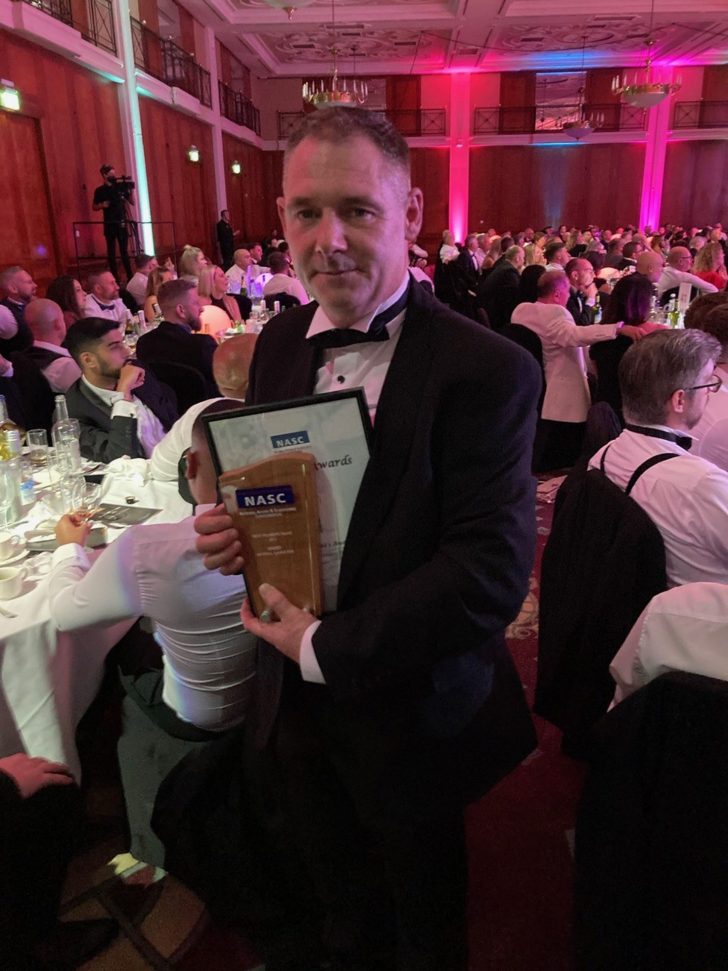