Following a program of more than two years, project service operatives from Harsco Infrastructure (SGB) worked a series of night shifts to dismantle the extensive access deck supplied to London Underground during the refurbishment of Earl’s Court station roof. The improvements at the station are part of a major programme that will see improvements in trains, signalling, track, tunnels and bridges, as well as tube stations across the network.

Working closely with the project managers, Balfour Beatty Management, Harsco Infrastructure supplied its temporary roofing and CUPLOK® system scaffold to create an enclosed working environment in which contractors could carry out work above the bustling platforms, track and station concourse. 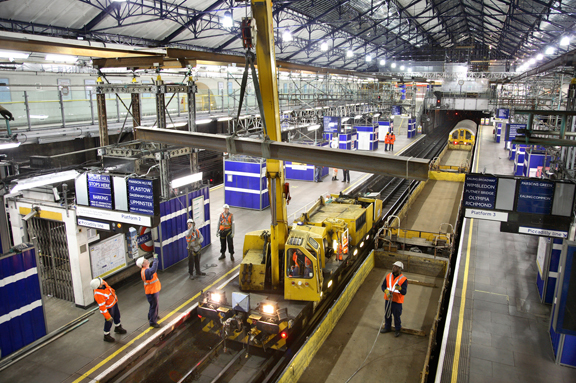