PASMA – the Prefabricated Access Suppliers’ and Manufacturers’ Association – has presented its prestigious Lifetime Achievement Award to Lyndon SGB’s Peter Bond, following his decision to retire from his post as a Council Member after 20 years.

Peter, who worked as the Group Product Marketing Manager for Harsco, received the special award – which has only been presented to three people in 30 years – at PASMA’s Annual General Meeting in Haydock last month.

The award was presented by PASMA Chairman Roger Verallo, who described Peter as a ‘real gentleman of the industry’.

Peter said: “It has been very rewarding working on the PASMA Council. The training certification scheme is now one of the largest of its kind, and it is the most powerful voice on mobile tower safety in this country.

“I feel I have learnt an enormous amount over the years, and hopefully have made a useful contribution along the way. I wish them all good luck in the future.”

Founded in 1974, PASMA is the recognised focus and authority for mobile access towers, promoting safety standards and best practice across a range of sectors and representing the interests of manufacturers, suppliers, specifiers and users.

Working closely with the Health and Safety Executive (HSE), the association sponsors research and innovation and publishes an Operator’s Code of Practice, which is reviewed and updated each year.

The association’s training scheme is one of the most successful and largest schemes of its kind in the UK, with 50,000 users completing it each year.

More details on PASMA can be found at www.pasma.co.uk 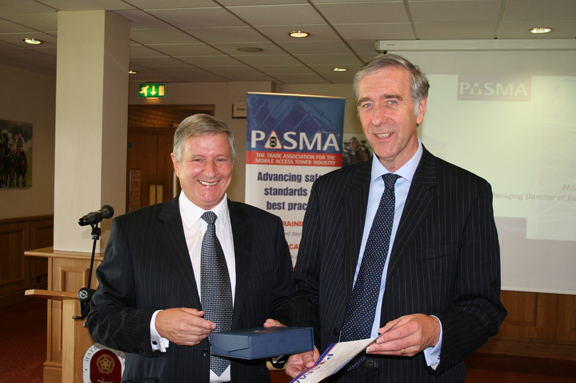