The Lyndon SGB team in Scotland successfully completed a railway access job for Network Rail (as part of the new CP6 framework) at Muir Street, right in the centre of Motherwell, enabling condition-led metalwork & masonry repairs/pigeon guano removal/corrosion protection to be carried out.

The in-house designed scaffold structure was erected over one bank holiday weekend – with 34 PTS-trained operatives working eight hour shifts around the clock.

And, four weeks later, the scaffold was struck down over the next bank holiday weekend – well under the 54-hour line closure window – with 18 operatives working 24:7 in shifts.

Lyndon SGB Regional Manager, John Frances said: “Due to the West Coast Mainline (WCM2) running below the Muir Street overbridge, a simple bird cage scaffold was not an option – so a cantilevered drop scaffold was utilised, to provide access to the outside faces of the East & West parapets.

“During the nightshift, there was an agreed road closure of Muir Street (2200 – 0600), allowing for all scaffolding materials to be dropped off. A conscious decision was made during the design process to remove the 26 one-tonne Kentledge blocks from the design & replace these with scaffolding tubes. This was due to the road closure being removed at 0600 each morning – allowing the construction of the scaffold to continue without the road closure, as scaffold tubes could have been loaded by hand, all be it a tough job.”

“The whole job has been a great success, with hopefully plenty more similar and even bigger jobs to come. It went absolutely perfectly. Well done to all who worked on it and thanks to the public for putting up with us, even if it was as safe and as fast as it could be!” 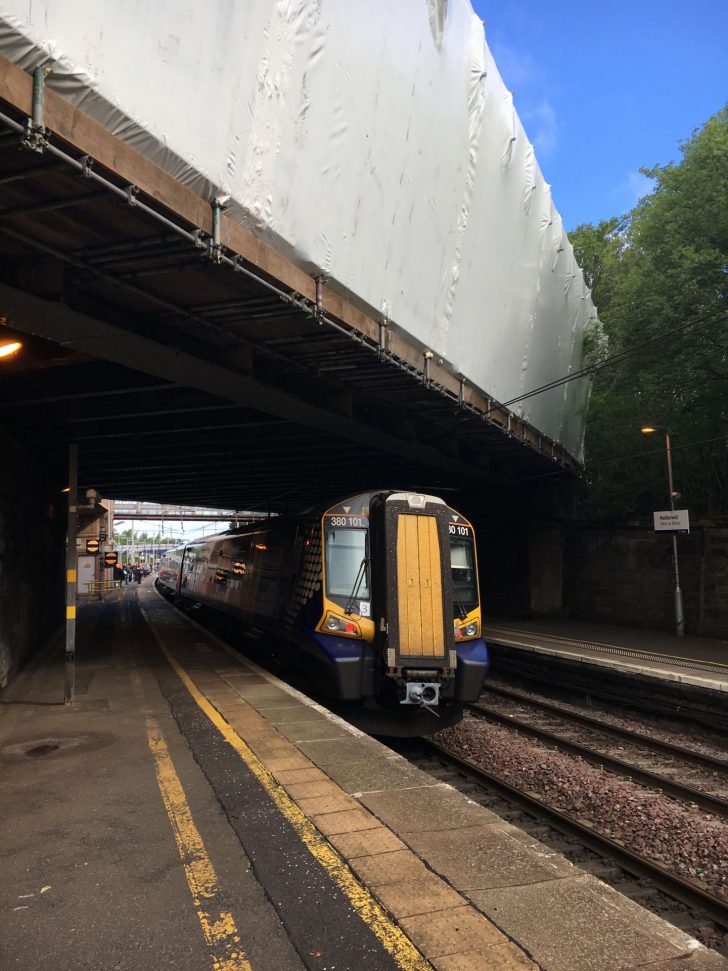 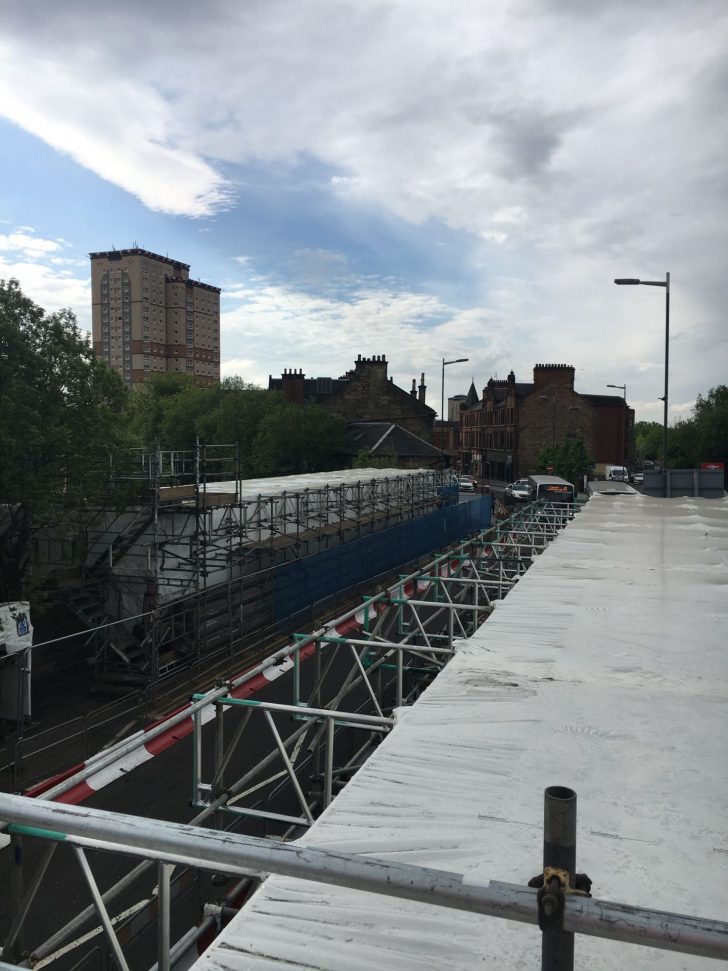 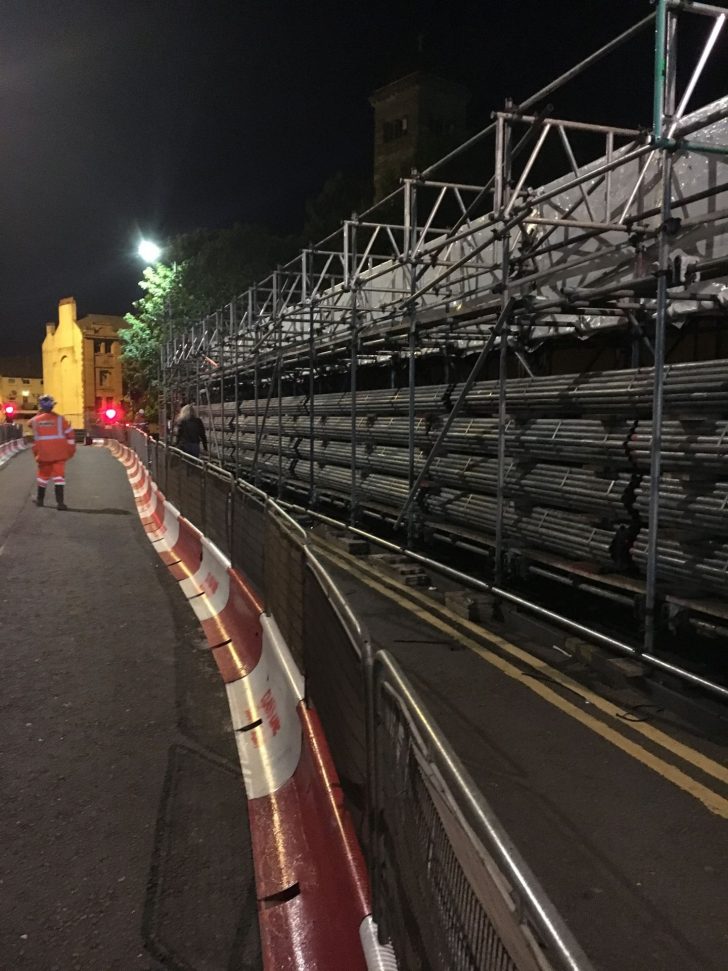 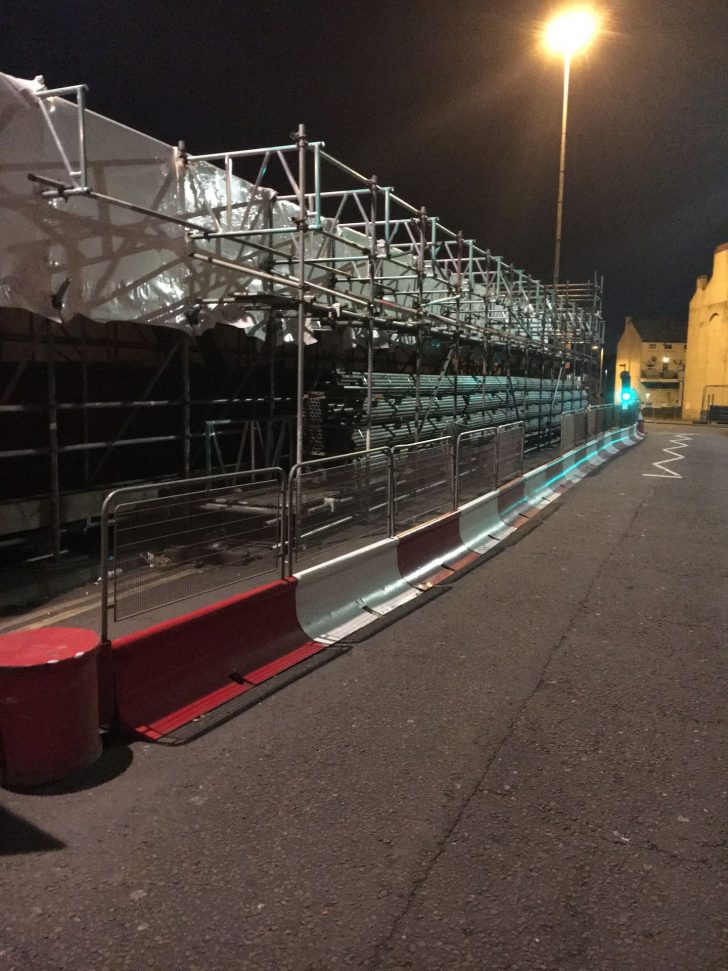 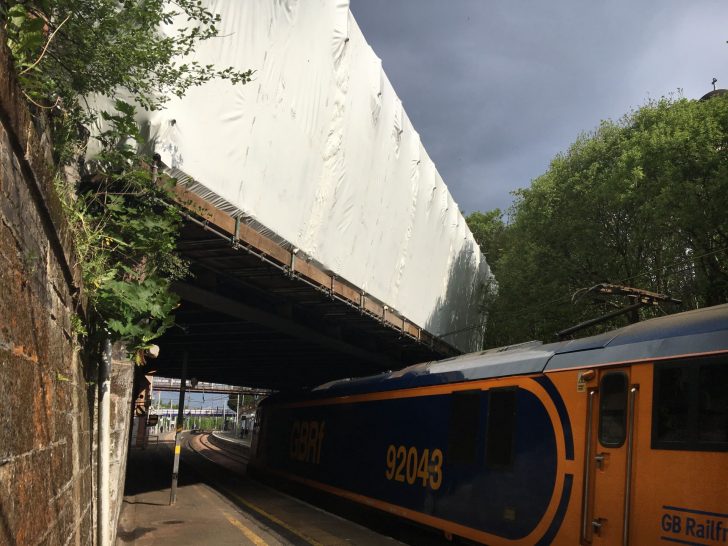 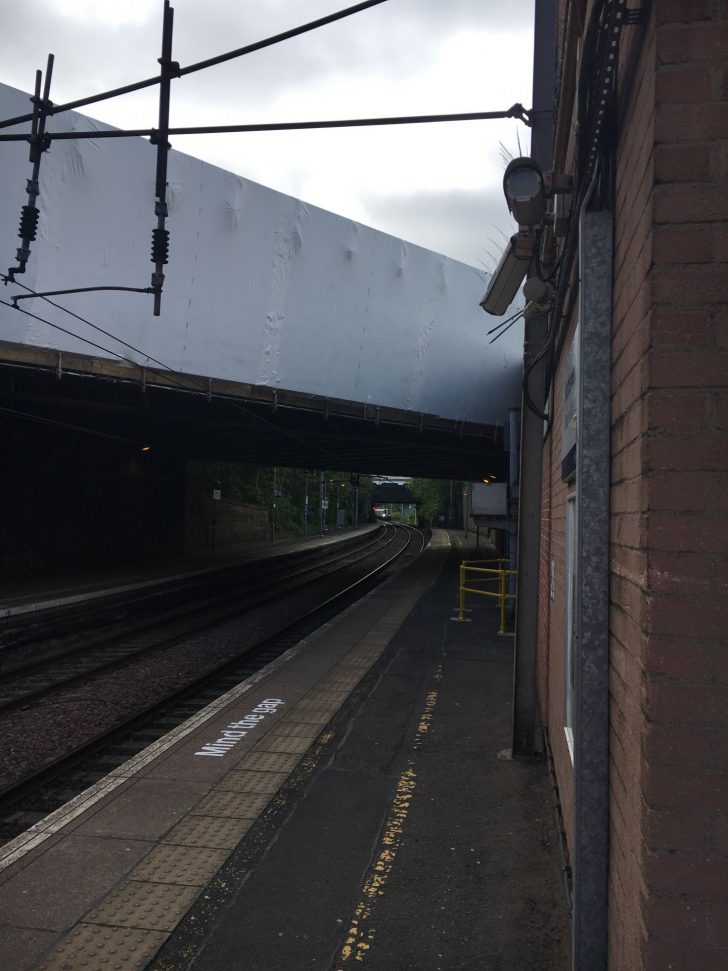