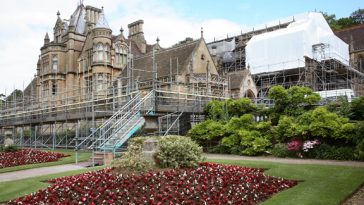 Harsco Infrastructure (SGB) has supplied access scaffolding and a temporary roof structure as part of the multi-million pound restoration of the National Trust’s Grade I listed house at Tyntesfield near Bristol. Somerset contractor CS Williams is leading the £4.5 million project, which involves re-roofing, re-servicing and extensive conservation of the building’s ornate Gothic Revival stonework. […] 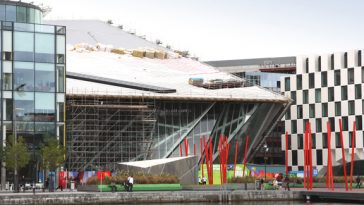 Harsco Infrastructure’s (SGB’s) scaffolding and access expertise has been drafted in to help with the cladding and glazing installation on one of Dublin’s most complex new developments. The Grand Canal Square Theatre and Commercial Centre is at the heart of the city’s Grand Canal Harbour redevelopment project. It will comprise a 2000-seat theatre and concert […] 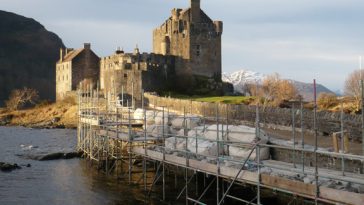 Harsco Infrastructure (SGB), leading providers of scaffolding, access and formwork services in the UK, played an important role during essential maintenance work at one of Scotland’s most beautiful and romantic landmarks. Eilean Donan Castle, a spectacular 13th Century structure situated on an island at the head of three sea lochs near Kintail on the West […] 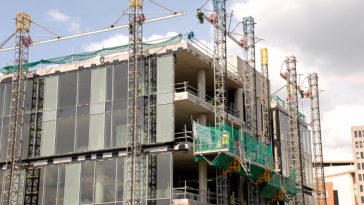 Harsco Infrastructure have equipped their mastclimbing work platforms with a unique custom-designed monorail system, which is helping contractors speed up construction of a new Grade A commercial development in the heart of Glasgow. 2 West Regent Street is a high-specification 10-storey mixed-use development comprising nine floors of office accommodation above a ground floor comprising retail […] 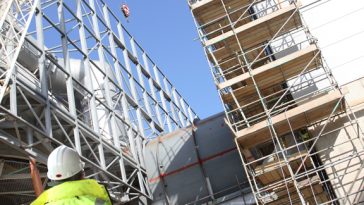 Harsco Infrastructure (SGB) have supplied a uniquely comprehensive portfolio of access equipment to contractors installing external cladding to a new £400 million combined-cycle power plant near Plymouth. The 847MW Langage Energy Centre is the first gas fired power station to be constructed in the South East of England for several years. The facility is being […]

Harsco Infrastructure (SGB), one of the UK’s leading suppliers of hired, sold and contracted scaffolding and access equipment, has launched a collective fall prevention system for use with its CUPLOK® system scaffold. PREGUARD™ comprises lightweight posts with telescopic guardrails – the advanced guardrail is installed during the erection process ensuring there are double guardrails already […] 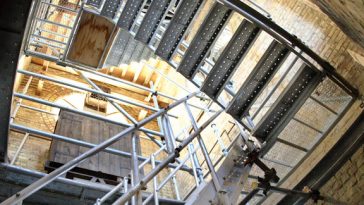 Harsco Infrastructure (SGB) has provided a bespoke CUPLOK® staircase solution enabling safe and reliable internal access to clock mechanisms in Folkestone’s historic Christ Church clock tower. The clock tower is a well-known landmark situated in the middle of the town. It survived heavy bombings to Folkestone during the Second World War and is all that […] 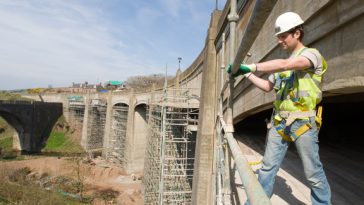 Harsco Infrastructure (SGB) has supplied a complex scaffold structure to the underside of the Jubilee Bridge at Inverbervie, near Montrose, enabling contractors to carry out vital repairs. Opened in 1935 and named to commemorate the Silver Jubilee of King George V, the Jubilee Bridge is an impressive seven-arched viaduct road bridge carrying the A92 trunk […] 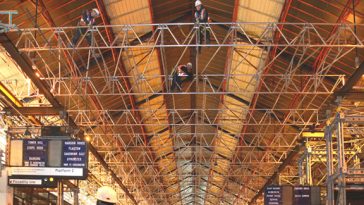 Following a program of more than two years, project service operatives from Lyndon SGB worked a series of night shifts to dismantle the extensive access deck supplied to London Underground during the refurbishment of Earl’s Court station roof. The improvements at the station are part of a major programme that will see improvements in trains, […] 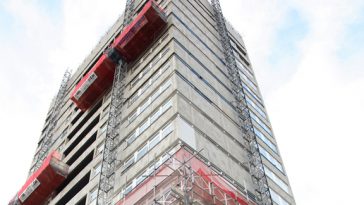 Taking no chances over Mayfair casino 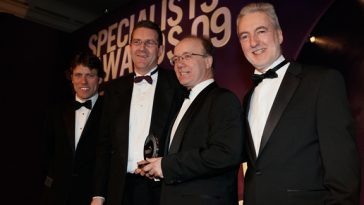 Recognised for Health and Safety at Specialist Awards

The UK’s most accomplished specialist contractors were recognised with a coveted Construction News Specialists Award at this year’s gala dinner at the London Hilton, Park Lane on March 5 2009. Recognising and rewarding the best specialist contractors in the business, the Specialists Awards is one of the construction industry’s most notable annual events. The awards […] 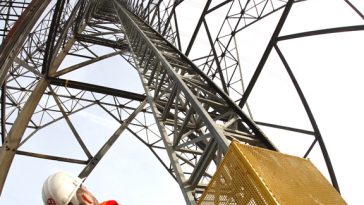 Access specialist, Lyndon SGB has erected a 120m high mast climbing work platform (MCWP) through the centre of the tallest electricity pylon in the UK, enabling the Electricity Alliance East, an Alliance between National Grid and Balfour Beatty, to carry out essential electrical and structural maintenance work. Owned by the National Grid, the pylon carries […] 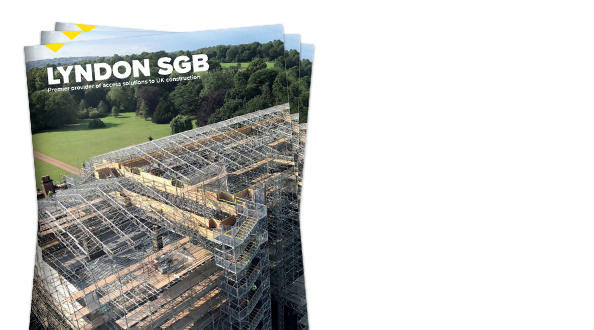