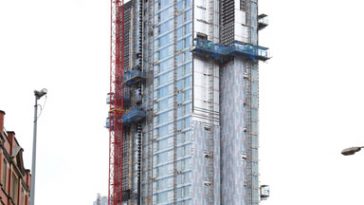 The creation of a new, iconic development in the heart of Manchester’s vibrant student district has been aided with an innovative double-decked mechanical access solution from Lyndon SGB. Working with main contractor Shepherd Construction Ltd on the prestigious Student Castle project, Lyndon SGB designed and supplied a bespoke system using solutions from its range of […] 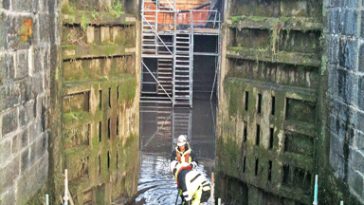 Lyndon SGB has provided its CUPLOK® multi-purpose steel scaffold system to a major project which will help keep a key part of Britain’s waterway network operating efficiently for the next 25 years. The CUPLOK® system has been used to provide safe and reliable edge protection and access to the famous Five Rise canal lock system […] 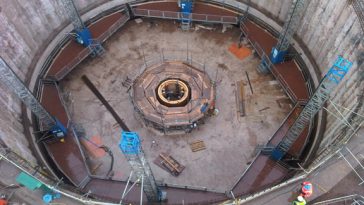 Lyndon SGB has provided a bespoke access solution to John Murphy & Sons (JMS) for the Maryport UID scheme in Cumbria. United Utilities contracted JMS to construct the major storm water handling facility in July 2011. The access solution involved the use of modified mast climbing work platforms. This bespoke idea was first used at […] 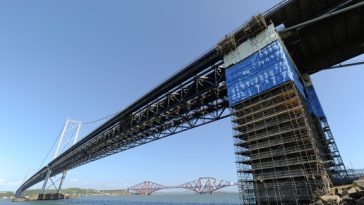 Lyndon SGB has revealed details of a contract to provide a comprehensive access solution for a major refurbishment project being carried out on the famous Forth Road Bridge in Scotland. Lyndon SGB’s bespoke scaffolding solution is allowing work to be carried out to replace the large bearings which support each end of the structure, with […]

Lyndon SGB is shortlisted for the Specialist Awards 2012

Lyndon SGB (formerly Harsco Infrastructure) has been shortlisted in the Access & Scaffolding category for the Specialist Awards 2012! We submitted our entry for the new theatre in Bordeaux, France. The project was to create a new theatre on a restricted, limited access site. We designed and built an innovative, bespoke support girder system which […] 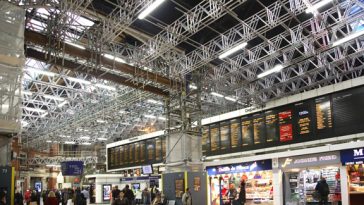 Lyndon SGB has announced the successful completion of what was, at the time it began, one of the largest scaffolding projects of its type in Europe. The 3-year, £35M project has enabled a major programme of cleaning and refurbishment work to be completed on the roof at London’s Victoria Station, while allowing the station to […] 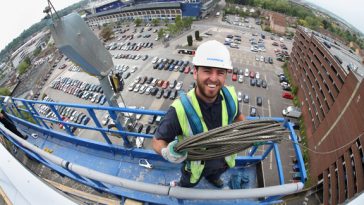 A bespoke suspended access cradle system from Lyndon SGB is being used to help improve the appearance of a major landmark building in Ipswich. The system is being utilised to refurbish the facades of the 7-storey Suffolk House building which house the offices of AXA Insurance. Designed to provide a totally bespoke and highly flexible […] 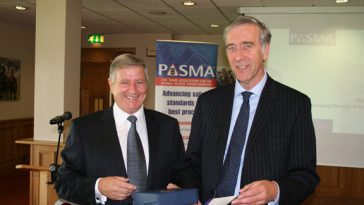 PASMA – the Prefabricated Access Suppliers’ and Manufacturers’ Association – has presented its prestigious Lifetime Achievement Award to Lyndon SGB’s Peter Bond, following his decision to retire from his post as a Council Member after 20 years. Peter, who worked as the Group Product Marketing Manager for Harsco, received the special award – which has […]

HARRISBURG, PA (June 02, 2011) . . . Worldwide industrial services and engineered products company Harsco Corporation (NYSE: HSC) announced today the sale of its non-core accommodation and event services businesses in the UK known as Rovacabin and Eventlink to the UK-based Wernick Group. Terms of the all-cash transaction were not disclosed. The move will […] 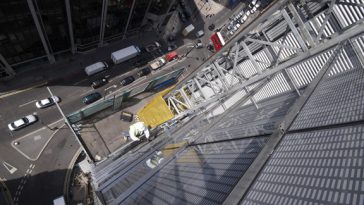 Harsco Infrastructure has swept aside the competition to win the Access Project of the Year Award at the recent International Awards for Powered Access (IAPA) in Amsterdam. Harsco received the award in recognition of its work on the Heron Tower project in London, which included the development and installation of Europe’s tallest ‘double-decker,’ and the […] 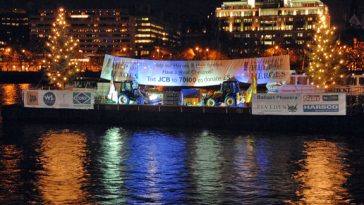 Getting on board with Help for Heroes charity event

Harsco Infrastructure, one of the UK’s leading access, formwork and shoring suppliers, has offered their expertise to help JCB raise money for Help the Heroes, the charity which aims to help those injured in Britain’s current conflicts. JCB unveiled their Help for Heroes Thames Barge campaign on December 8th, at London Television Studios. This event […]